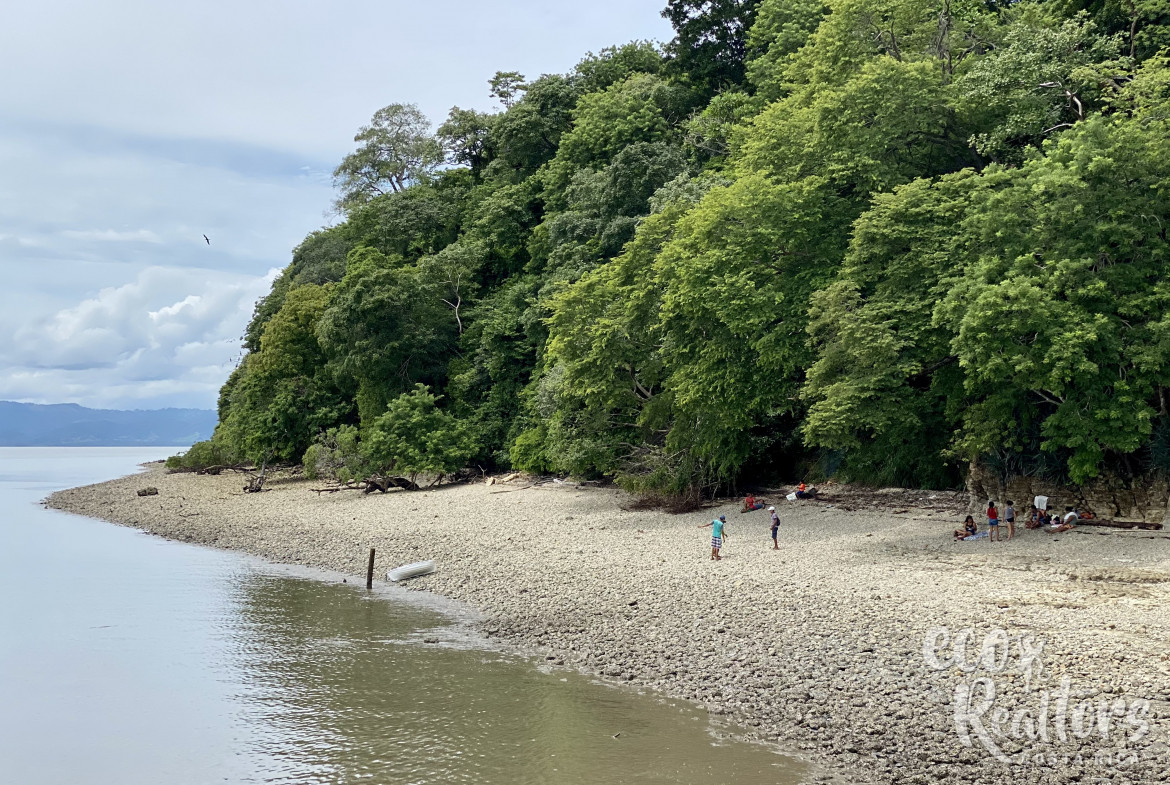 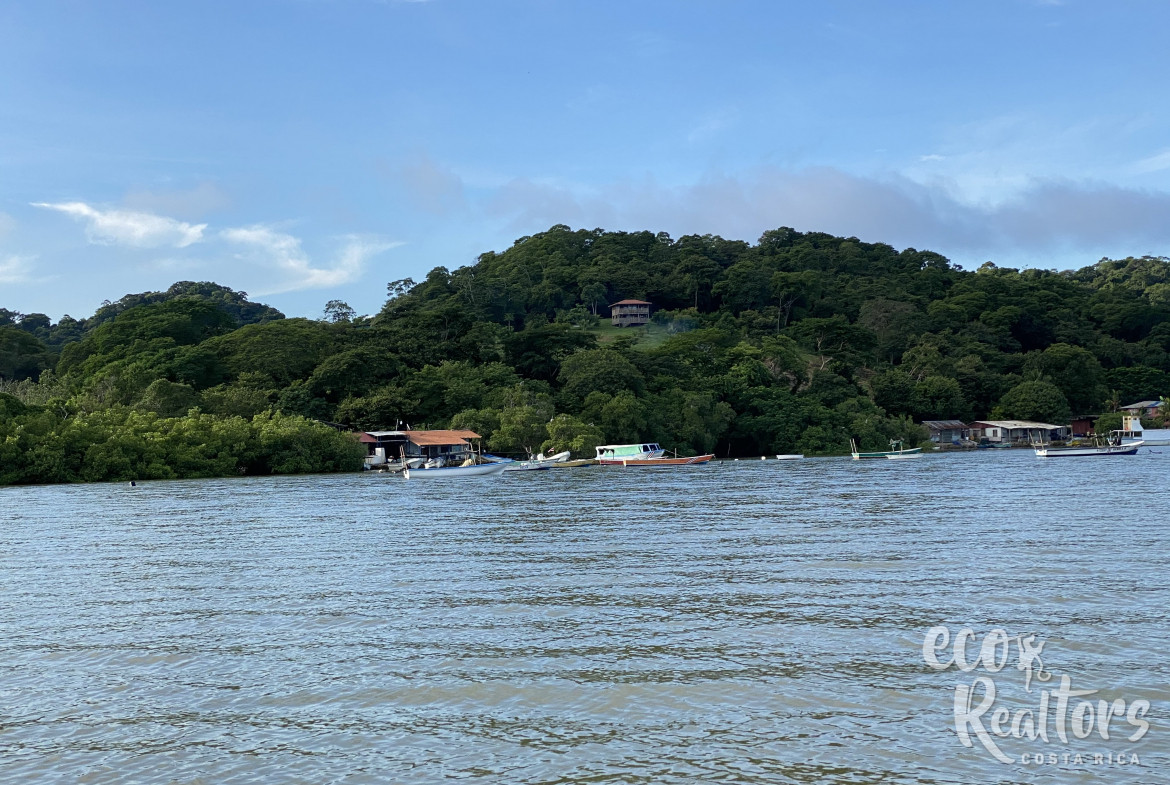 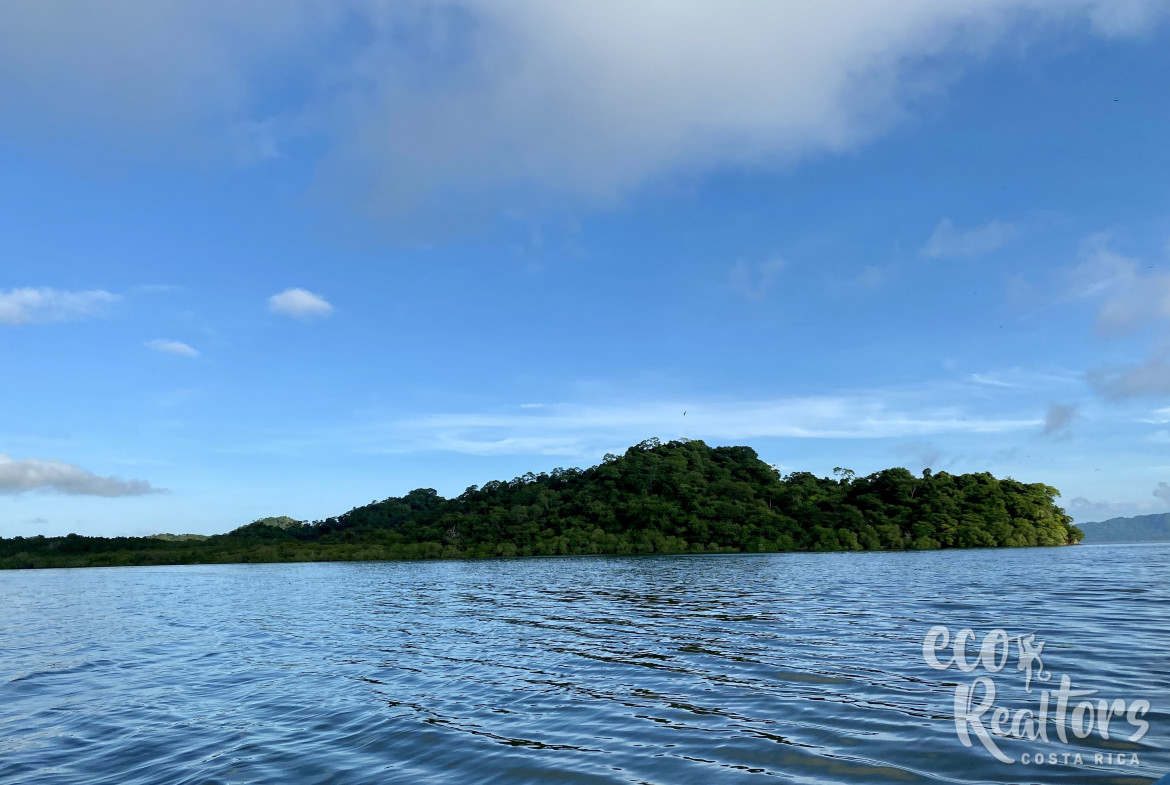 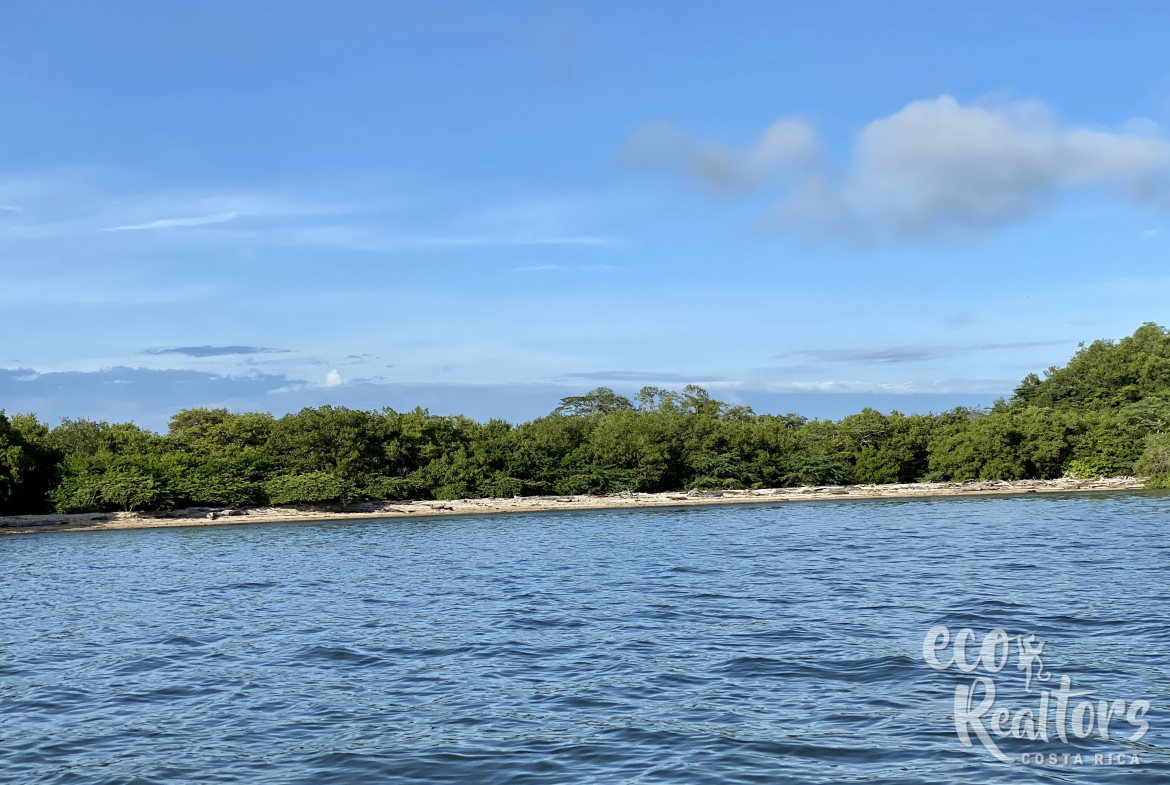 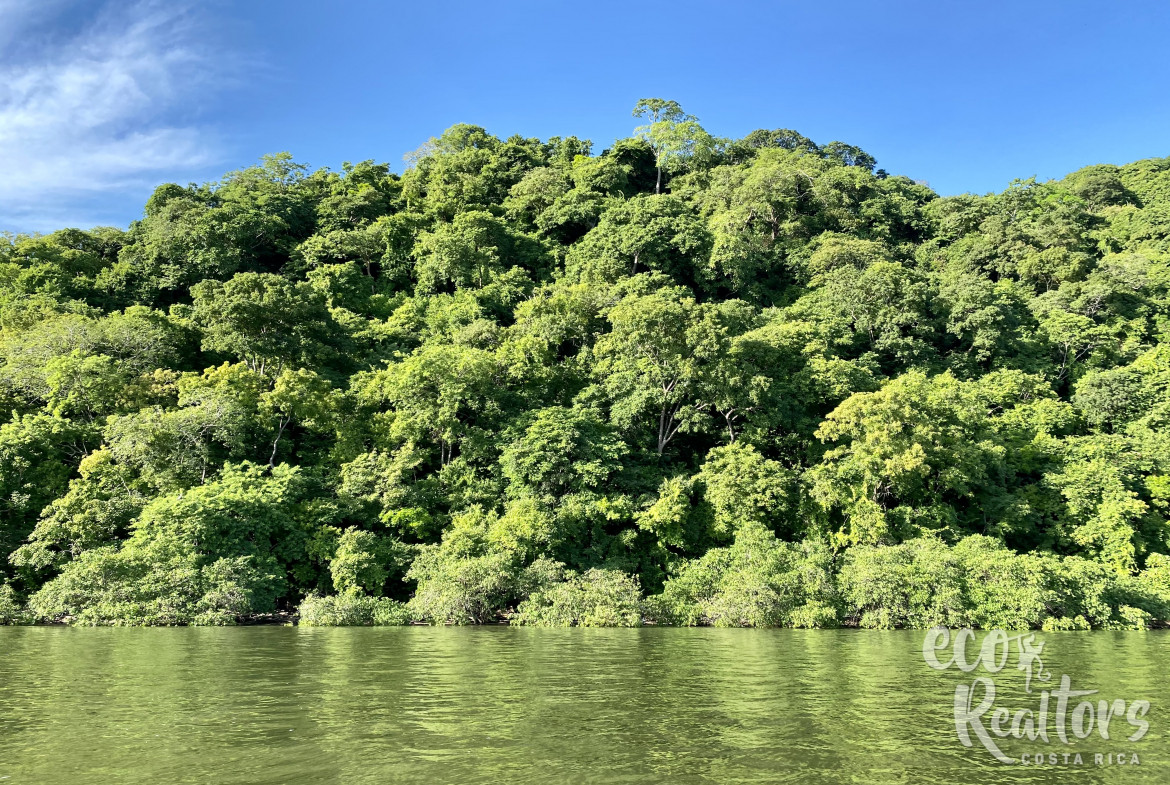 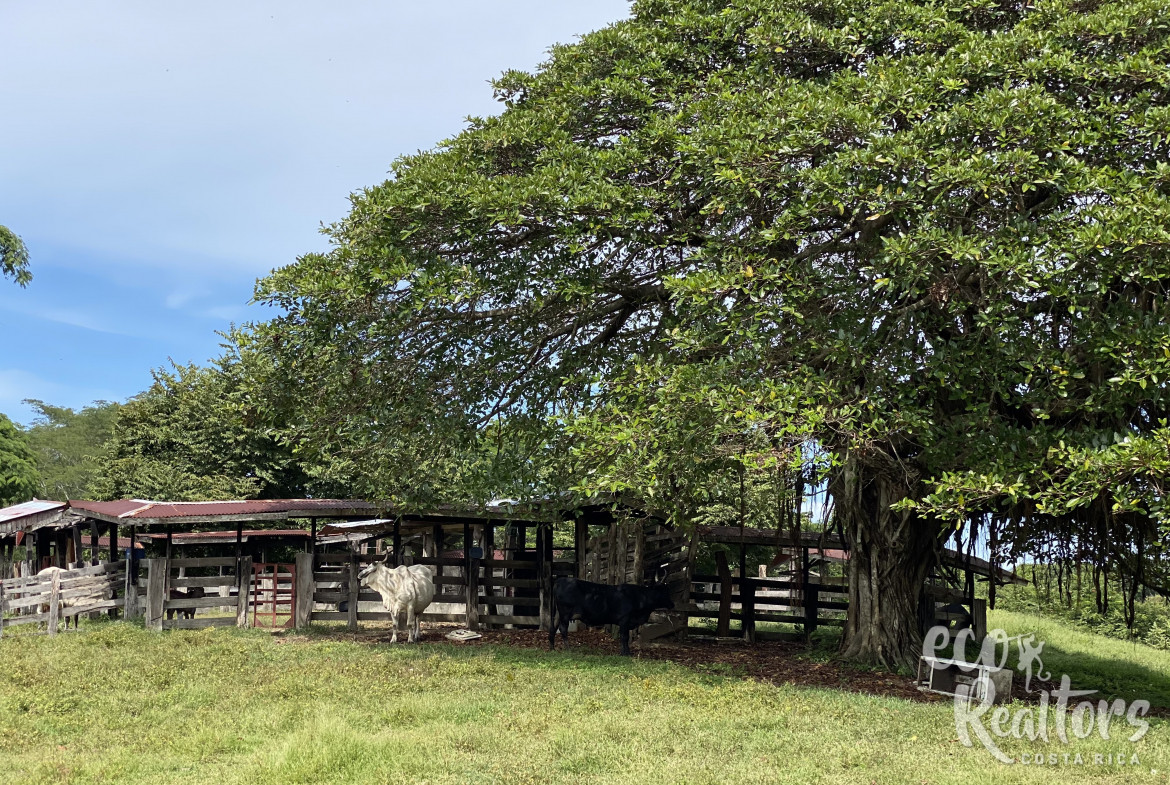 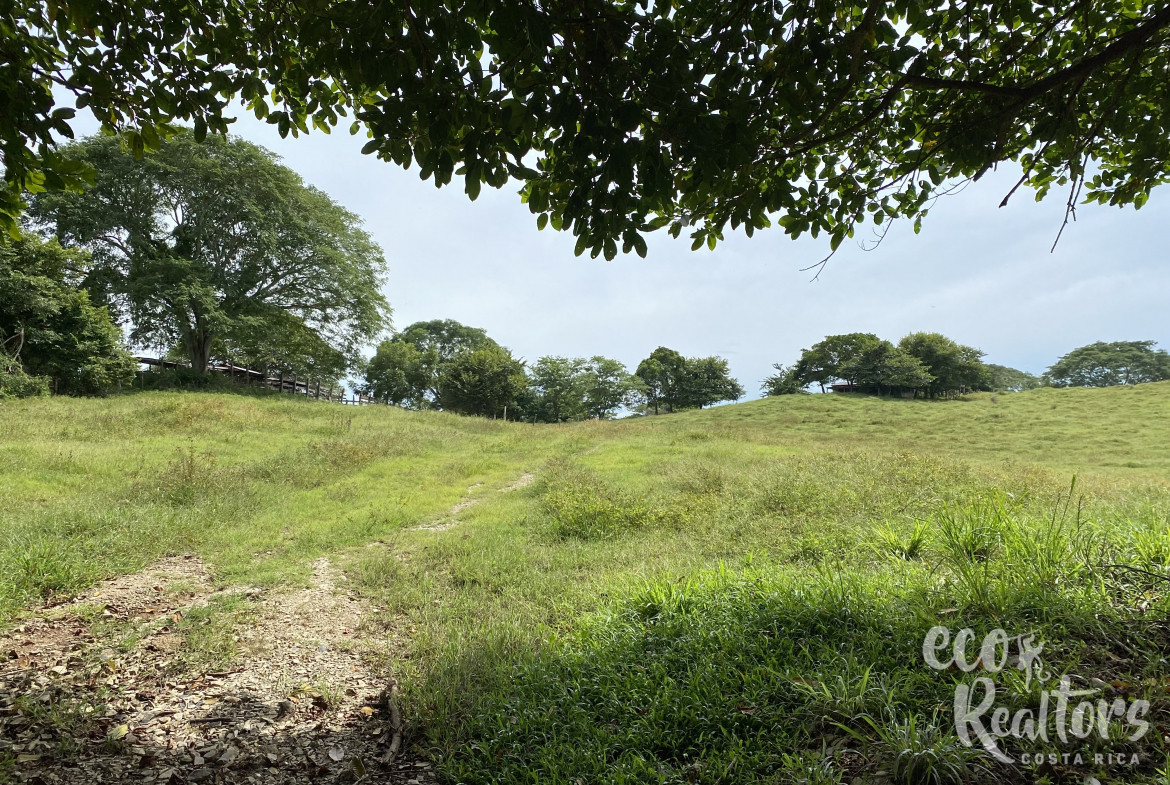 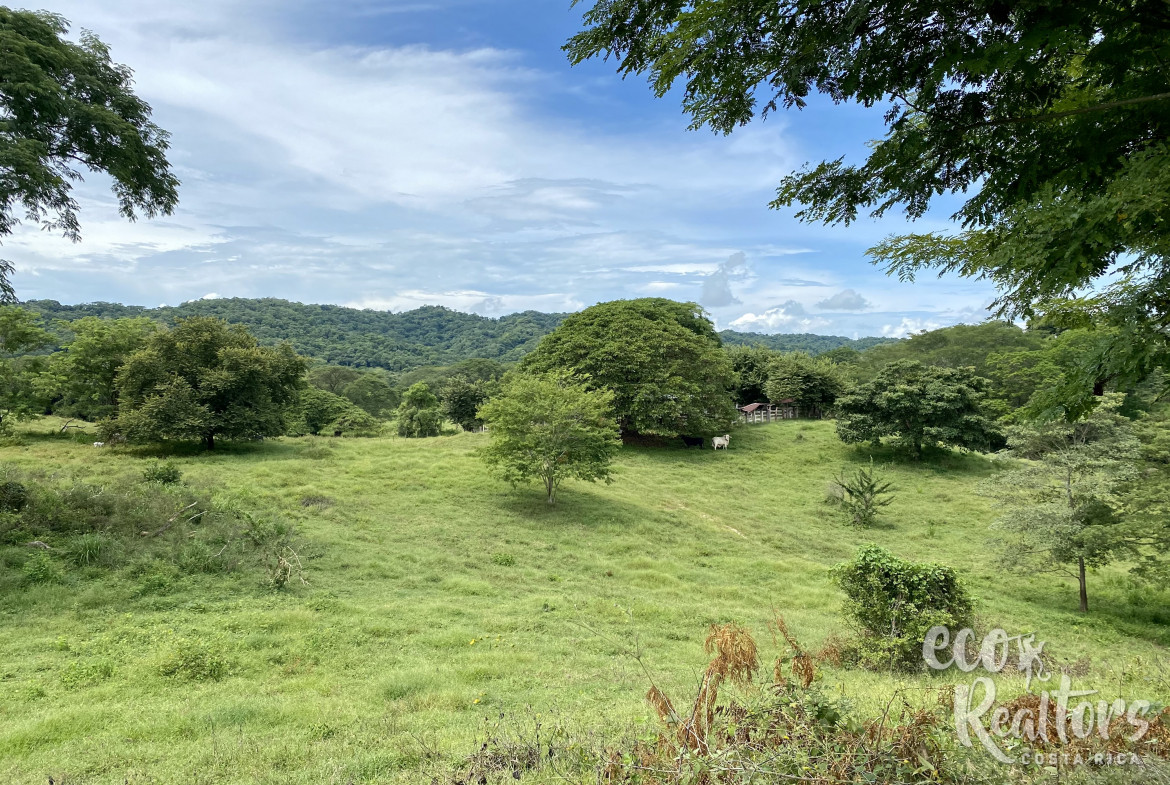 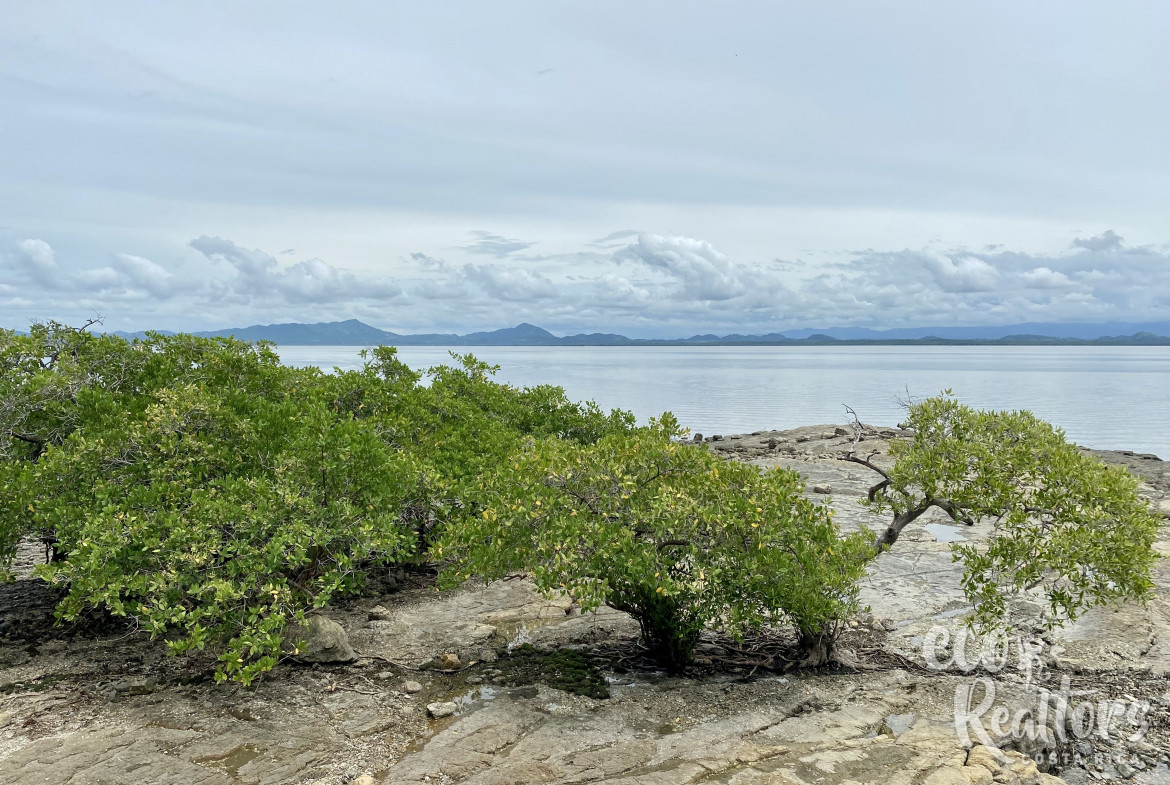 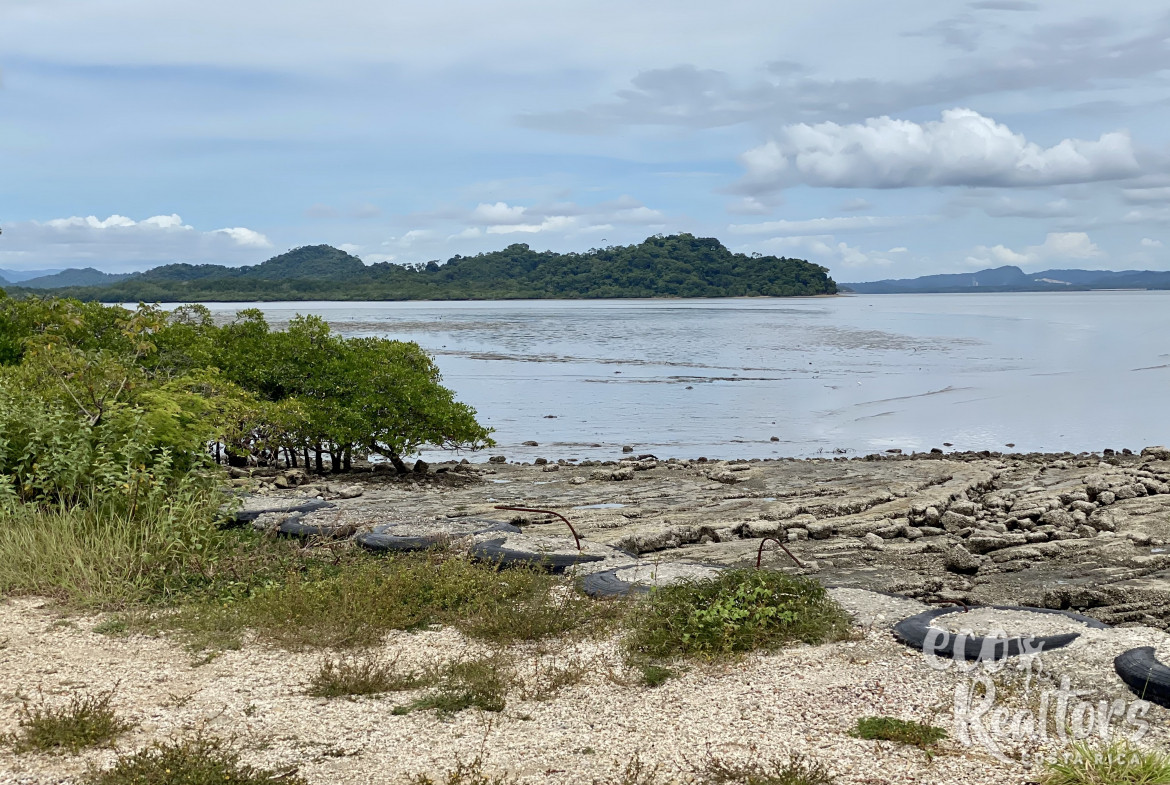 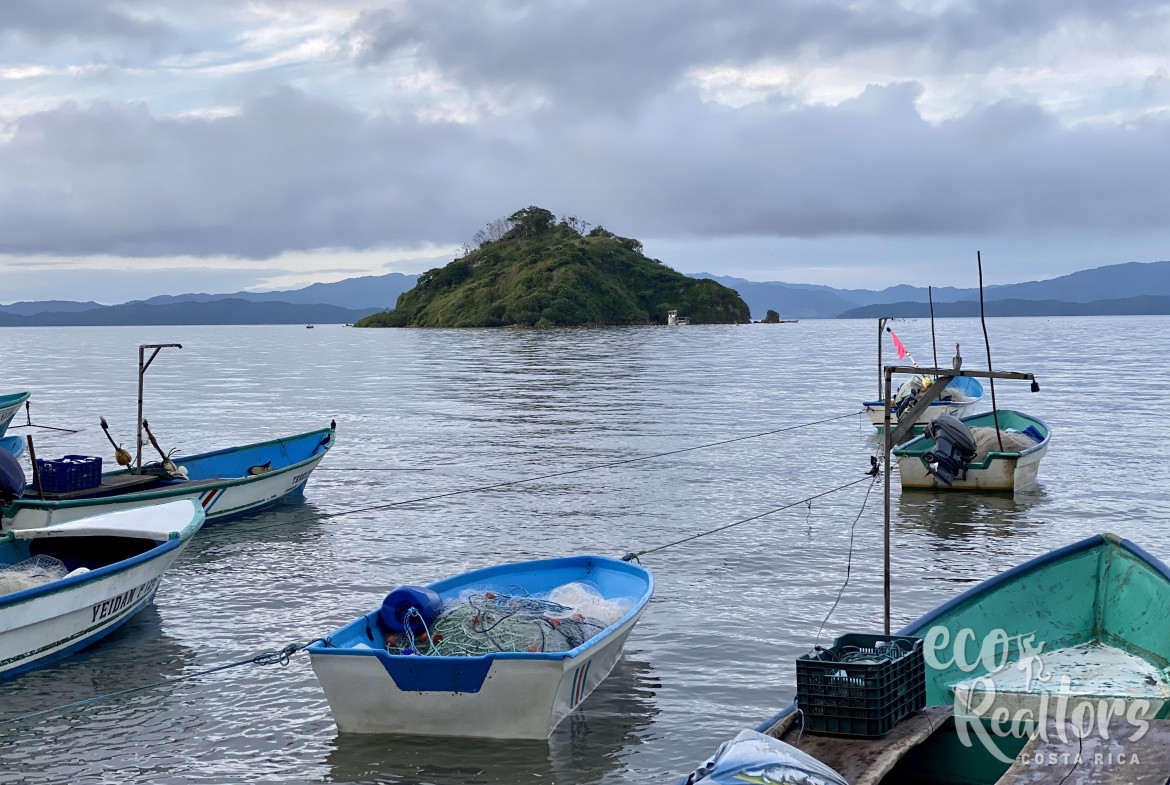 Chira Island is a 4,300-hectare (11,000-acre) Costa Rican Pacific Island located at the upper end of the Gulf of Nicoya it is also as Chira a district of the Puntarenas canton, in the Puntarenas province of Costa Rica. Chira has an area of 43.0 km² and an elevation of 15 mt.

This impressive island has the widest biodiversity of flora of dry tropical forest in Costa Rica, as well as many mangroves in its eastern zone. Isla de Chira is named after an indigenous chief or “cacique” and many, many years ago became a haven from tribal wars. The communities on the island face several difficulties while, as a community, they remain committed to a sustainable livelihood. Chira Island is formed by the villages of Bocana, Lagartero, Montero, Pilas, Pochote, Puerto Coloradito, Puerto Mauricio, and Puerto Palito, being the town of Nancite the administrative center of the Chira district. Located only one hour from Puntarenas and twenty minutes from Costo de Pajaros..

Chira Island’s economy is mainly based on artisanal fishing, agriculture, salt mines and tourism, the latter being promoted thanks to the natural resources of the island and to the amazing natural landscape that offers, for instance, the Tempisque River, and the mangroves.

These salt pans are popular with roseate spoonbills and other wading birds. Chira Island is bisected by a large estuary to the east leading into a canal through vast mangrove swamps. There is only a little accommodation on the island. From Puntarenas a daily boat goes to Isla Chira from the fish market. Though the vast majority, over 90%, are fishermen and women. Artisan fishing tours, with line/hook or simple nets, are available for adventurous travelers looking to bring home dinner or just experience a simple life!

A trip here will prove worthwhile, as visitors could participate in an authentic cultural experience, learning about the surrounding wildlife, as well as island history. Isla de Chira offers a unique experience for travelers who want to hear local stories, spend time in nature, and see (and help with) environmental preservation efforts firsthand.

Chira can be reached by regular boats from Puntarenas or Puerto Morena. And, yes, you can stay on Chira for a night or two or longer at an impeccably maintained rustic lodge or with a local family … experiencing something no other visitor to Costa Rica can.

Due to the reliance on marine resources and alternative industries being limited in number, significant pressure has been put on the island’s natural resources. Due to this, a project has been developed to establish a bank of mollusks, a kind of oyster for artisan fishing, to create a commercially viable resource for long-term economic development. Additionally, attempts have been made to encourage various activities related with tourism, primarily using the Island’s natural and geographical resources, such as the mangrove swamps and the “ Tempisque”  river, as well as the local culture. Each year in June and July, there is a national bike race, as well as a running race, for those that want to explore the natural and unexplored beauty of the island. There are two restaurants, a church, some cars, supermarket, and even a mechanic.

There are two farms for sale, “The Encanto farm and the Salinas farm”.

The Encanto farm is the most Tourism related and has 170 Ha of beaches and ridges with beautiful view on the gulf. Mainly secondary forest and in regeneration. There are 4 trails on the property.  There are 5 wells, but not maintained. Lots of birds and animals like deer, anteaters, and raccoons. Lots of different bird life. Infront of Encanto on the other side of the gulf reachable by boat from Encanto, is a little town Coronado for shopping. There used to be a house on the farm, but not existing anymore just the slab.

My take a great property for glamping and or a future sustainable development with green housing of low footprint and tourism related activities like for example the beaches and the mangroves, which are great for fishing and kayak.

The Salinas farm has about 190 Ha from which the half is pasture, and a cattle farm and half has secondary and primary forest. The Salinas farm had as its principal activities salt mining and is not being exploited right now and the salt has been abandoned as a commercial activity.  There are two deserted houses on the farm, which could be renovated. Lots of fish like snook and snapper. There used to be a dock in the mangroves. This farm is for cattle farming and possibly sustainable living, if the legal status changes, to be able to build.

The legal status is that after 20 years of battling a concession, the counsel has not transferred title from the last owner. There must be planned for a regulatory plan to be able to receive the concession process, and a change of law is necessary also for all the islands in the gulf and the country.

The legal status of the farms is an island from the state.

The owner wants to sell cheap price both properties for $1.500.000, which comes out to less then .50 cents per meter. For land banking a great property to invest, but a political struggle to get the concession. At this moment no building is possible. 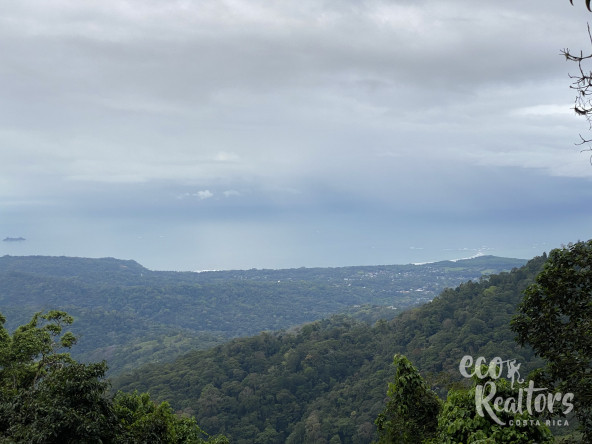 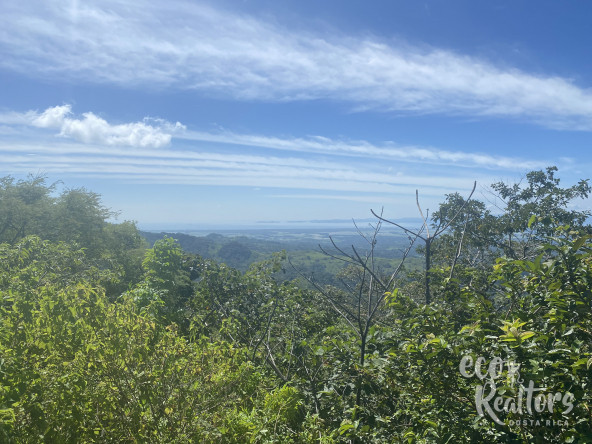 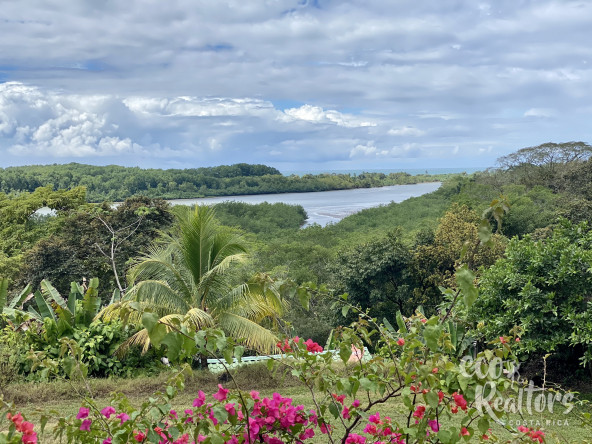 Eden rock, 31 Ha of Primary and secondary forest, with beautiful views on the Rio Terraba, conservation, and research development 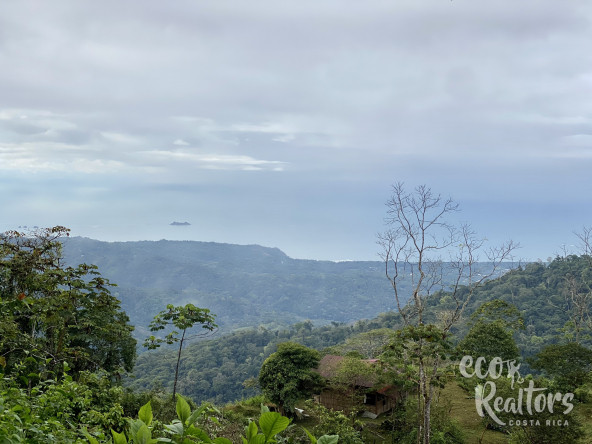 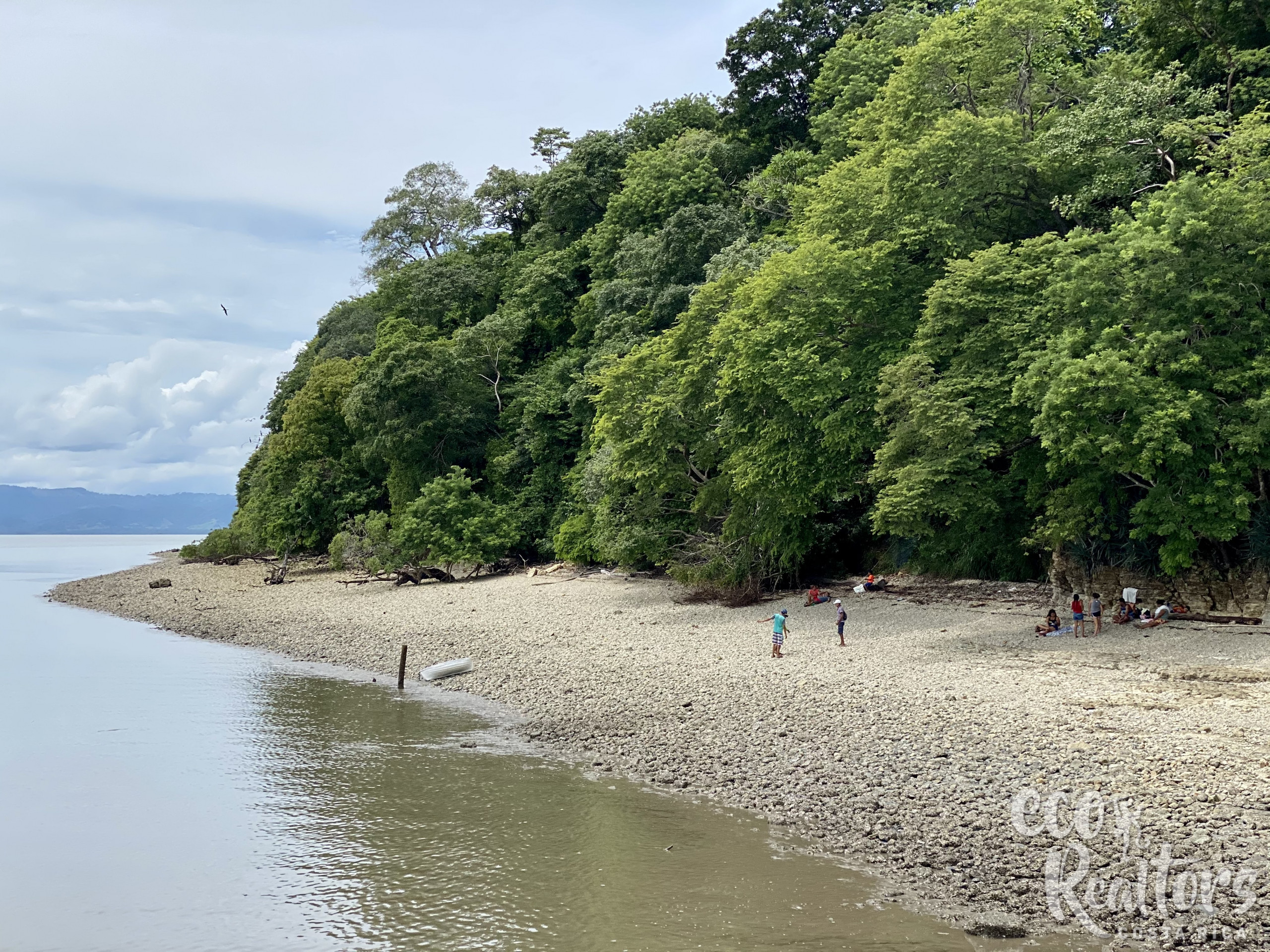 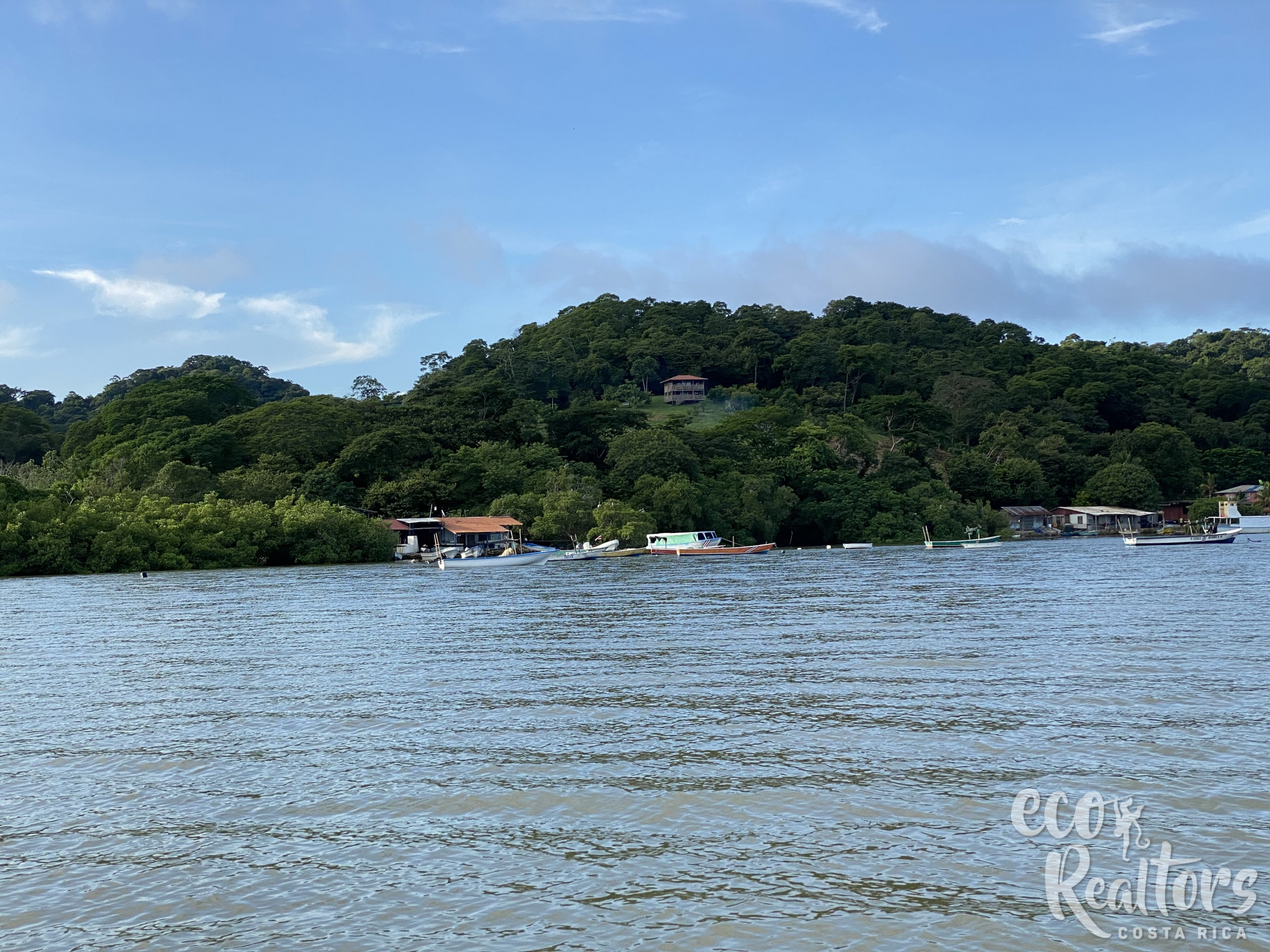 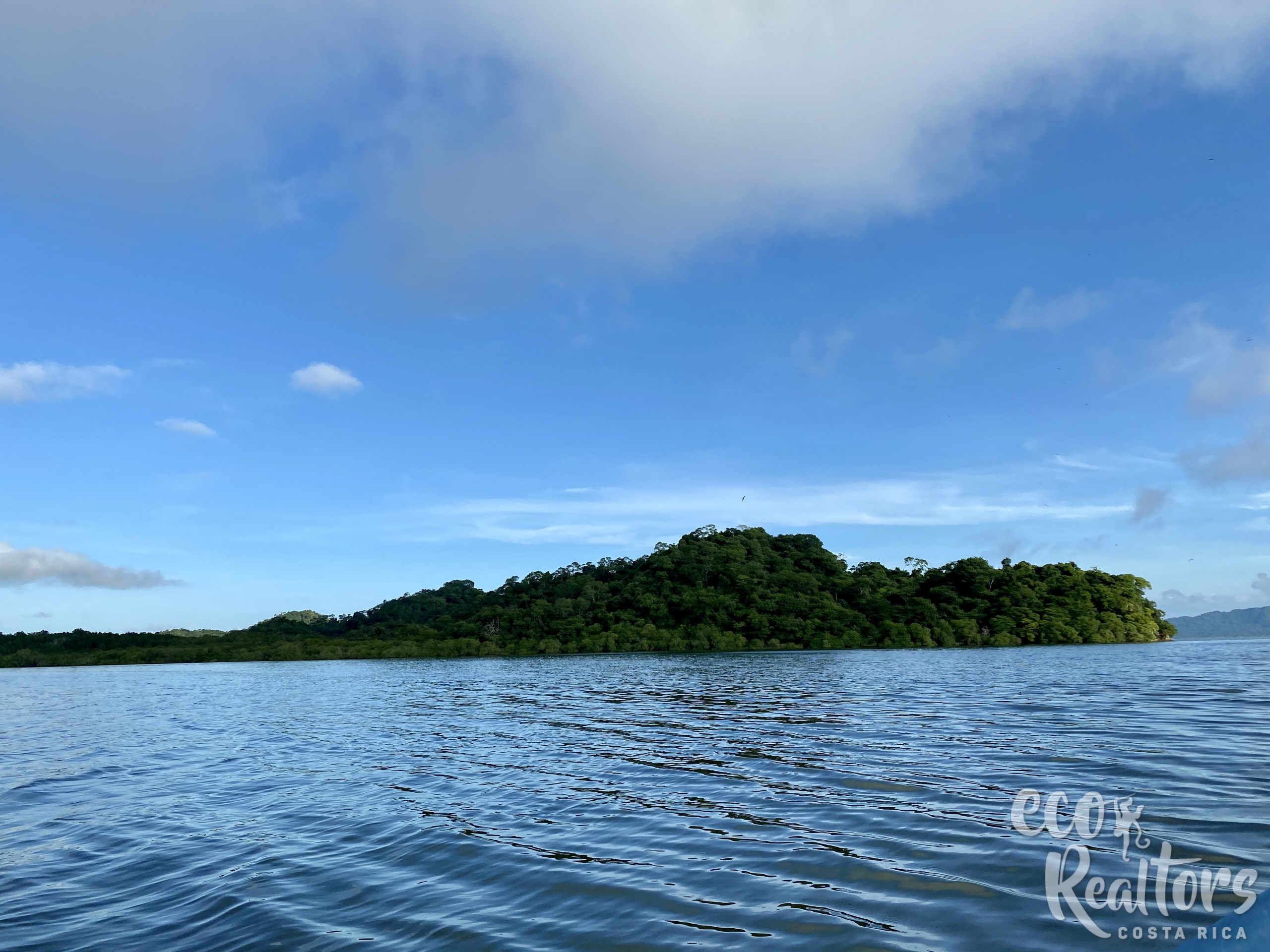 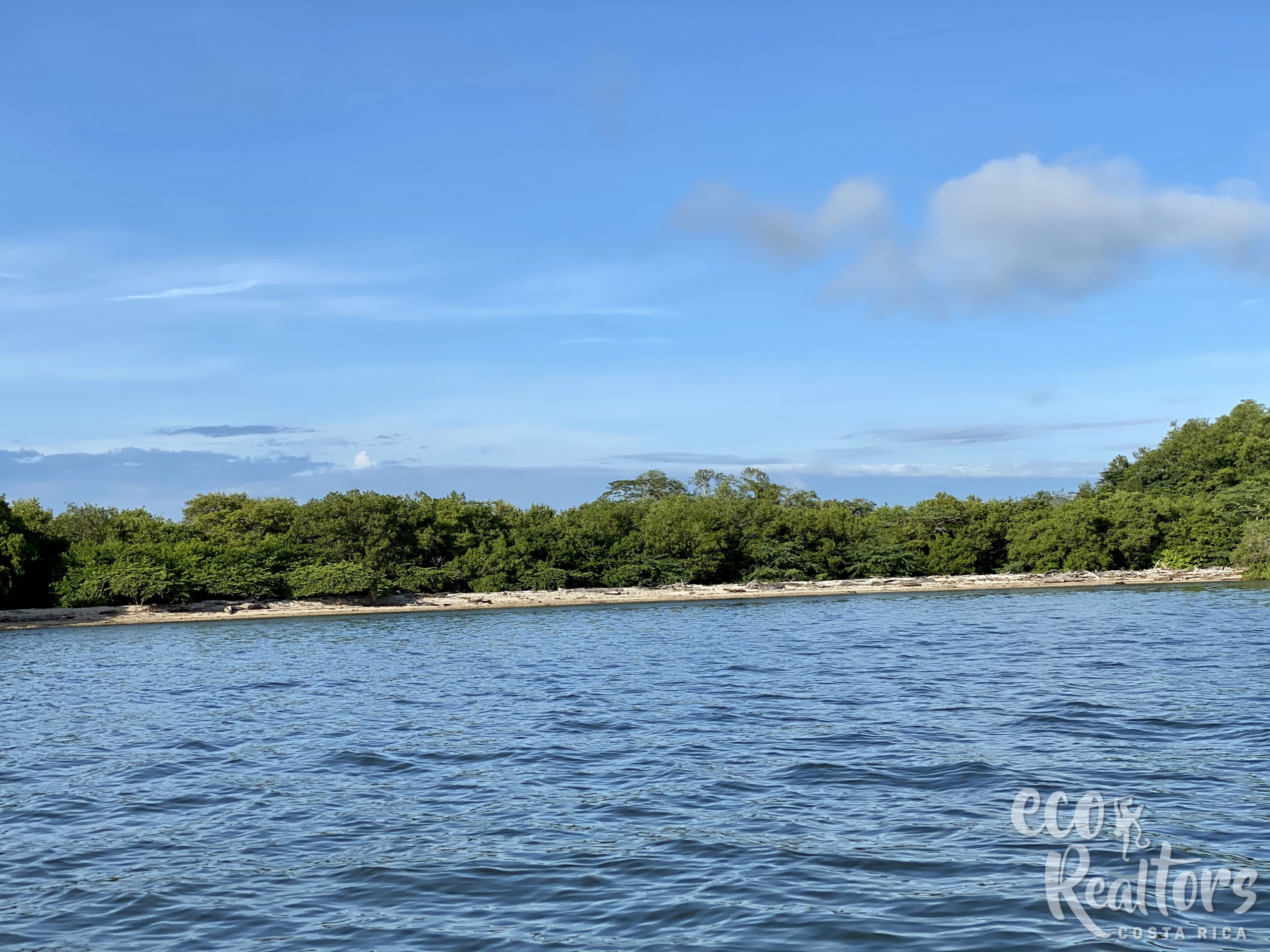 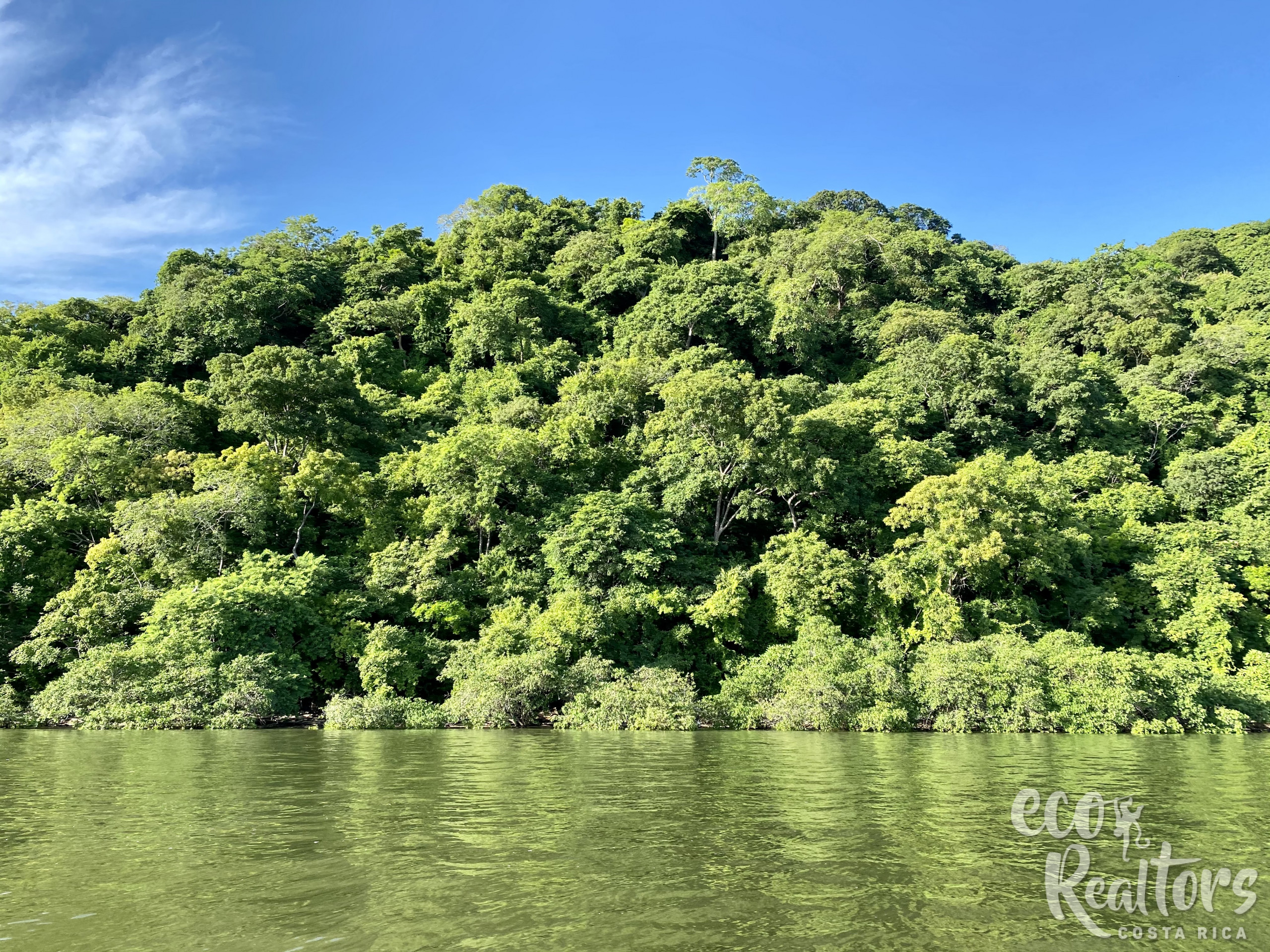 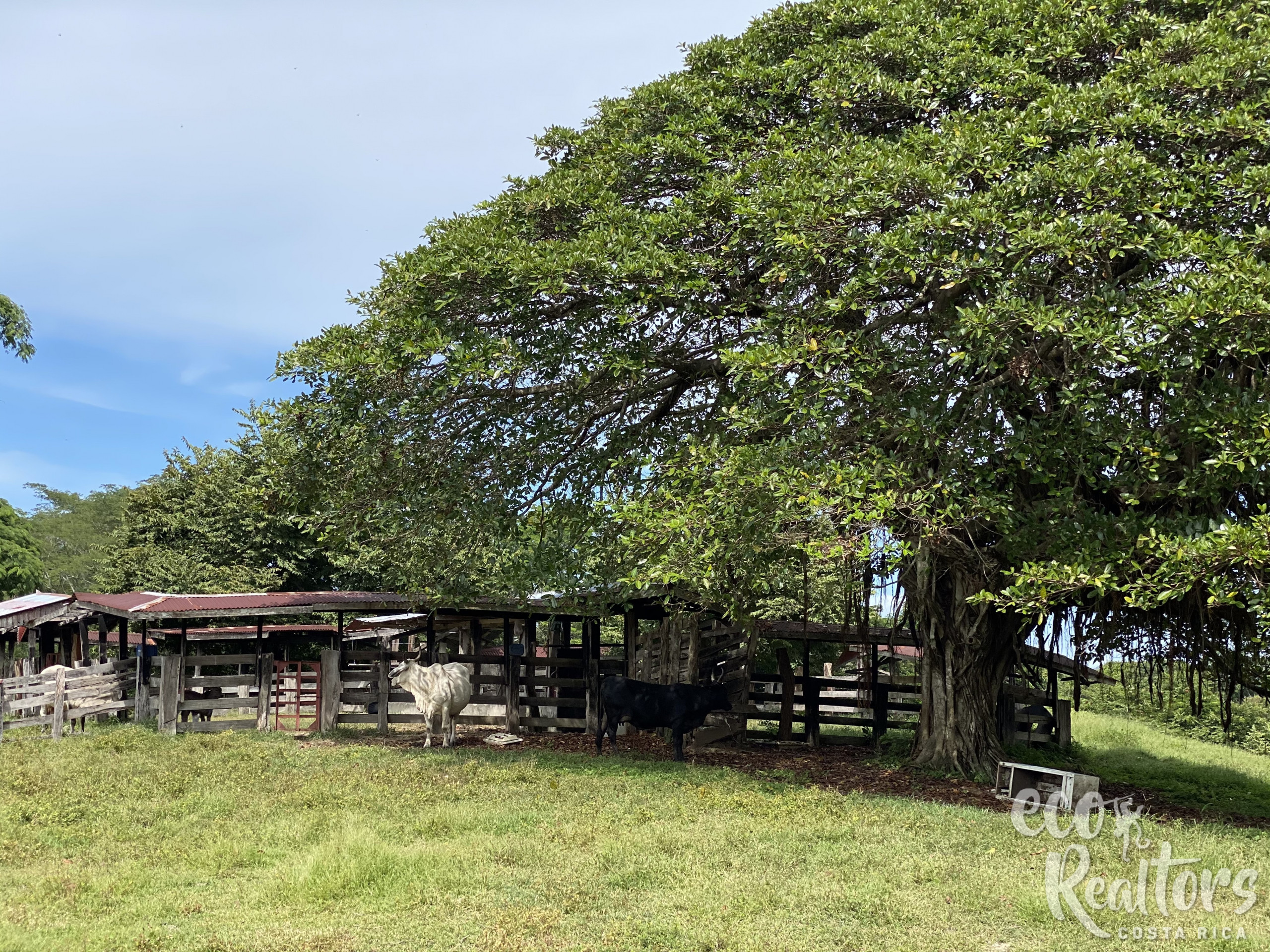 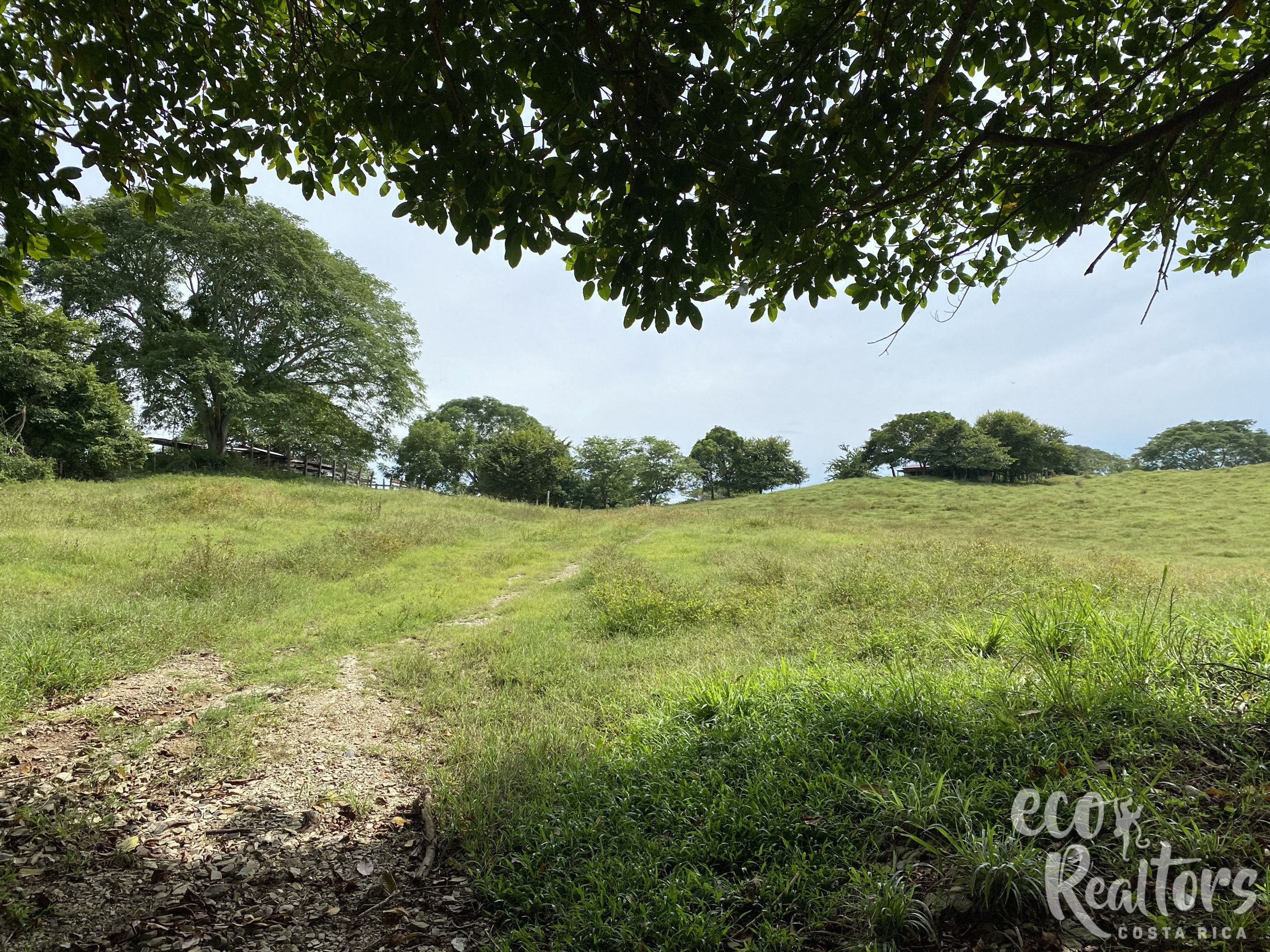 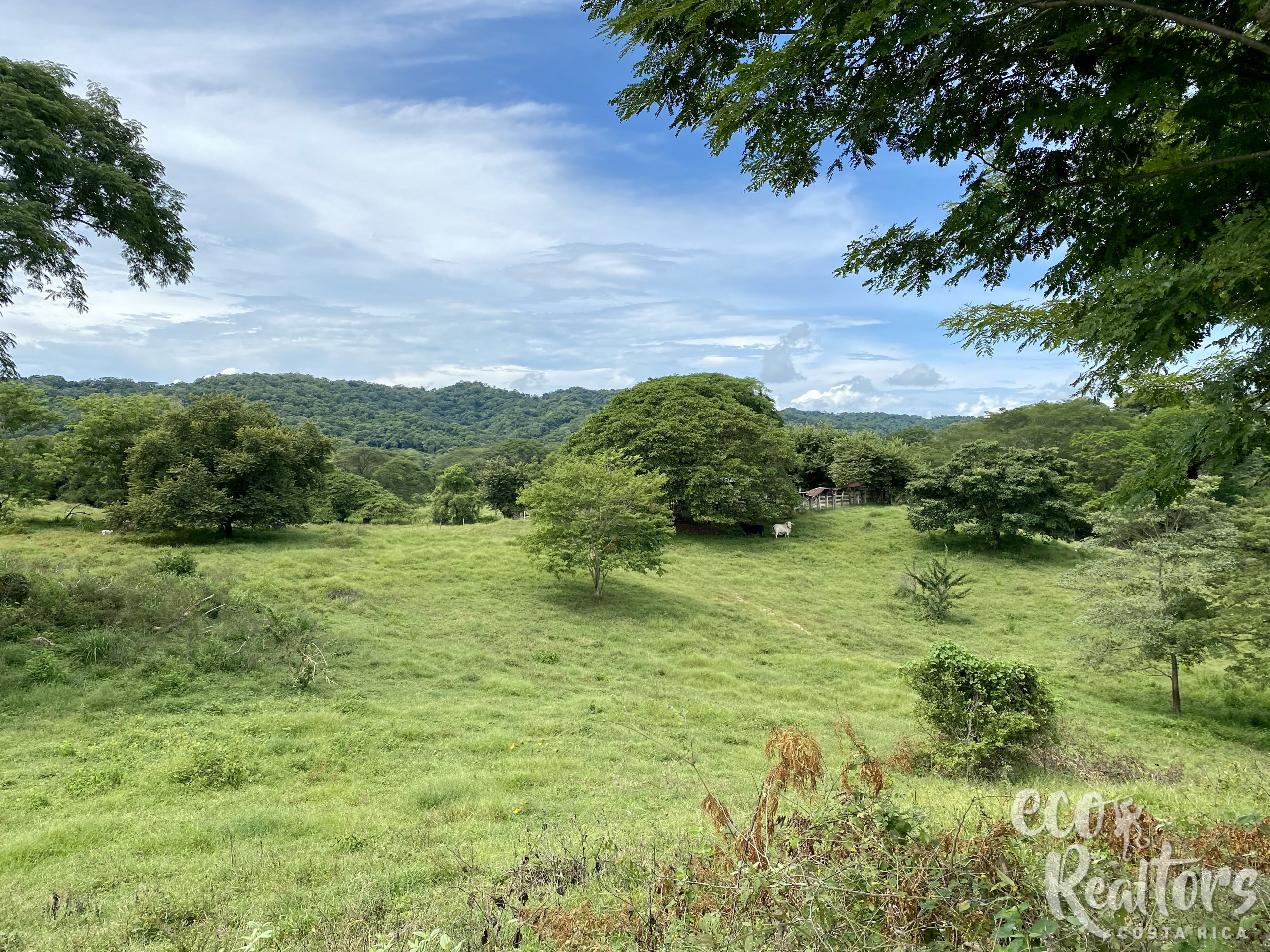 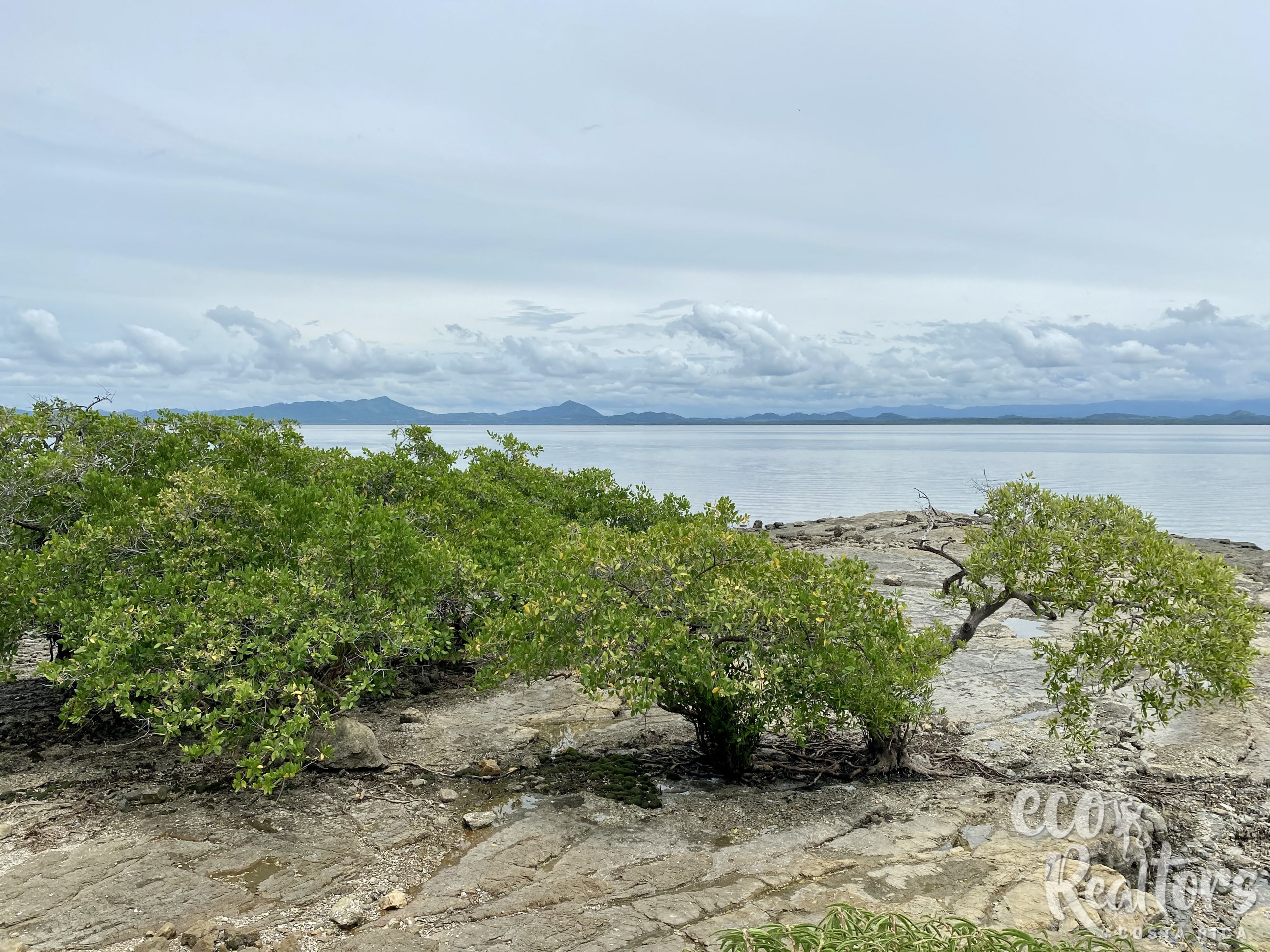 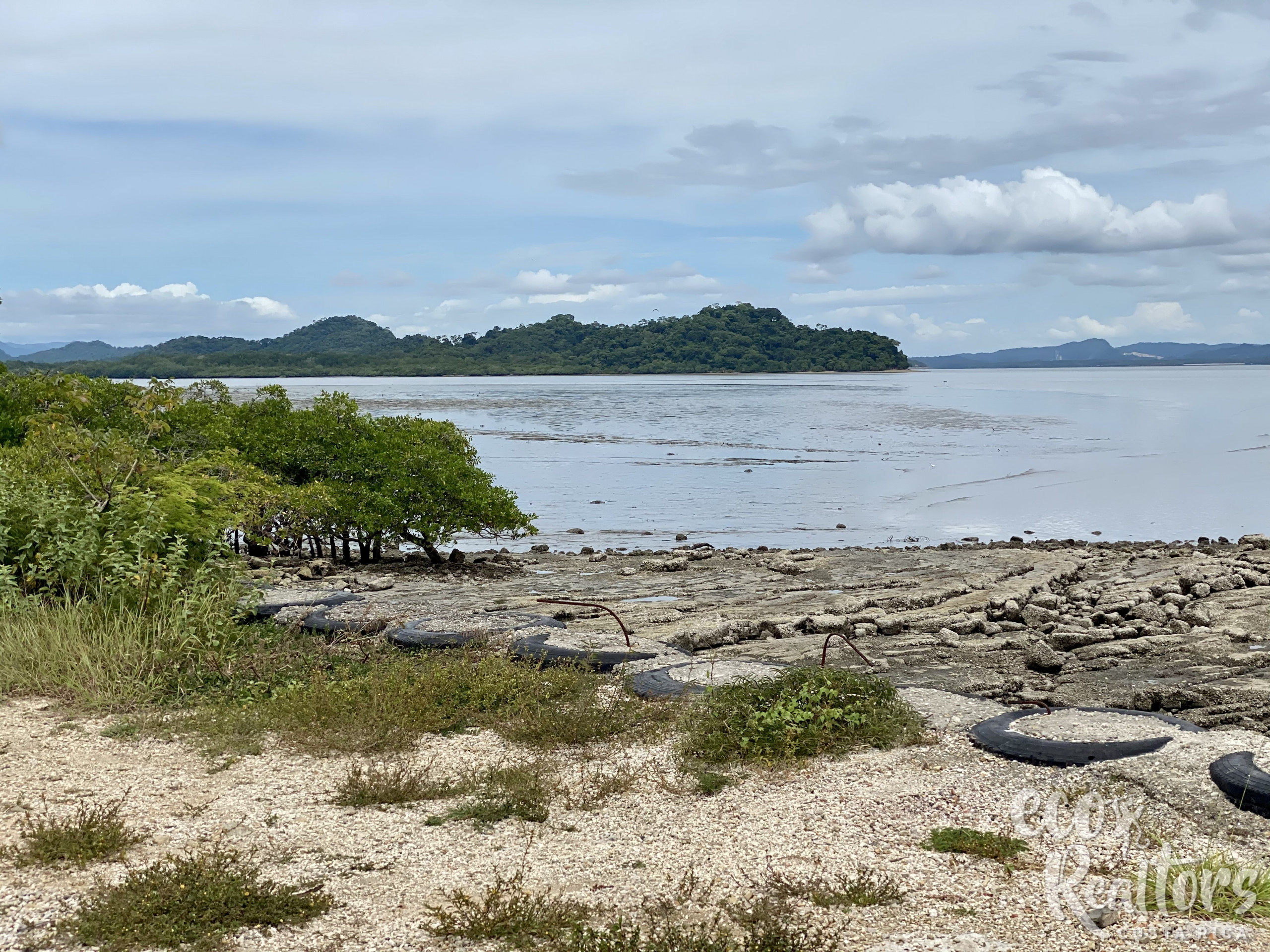 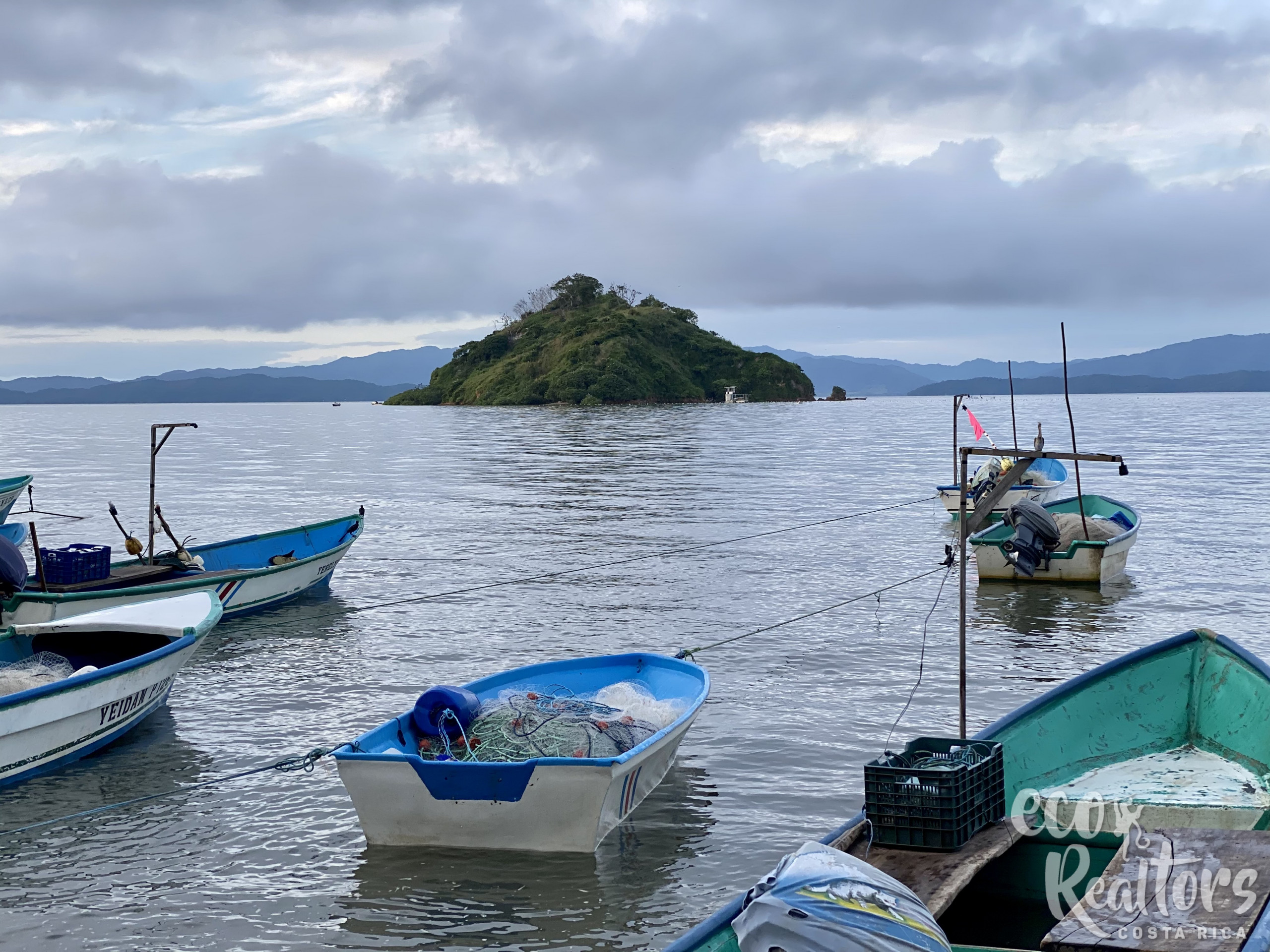